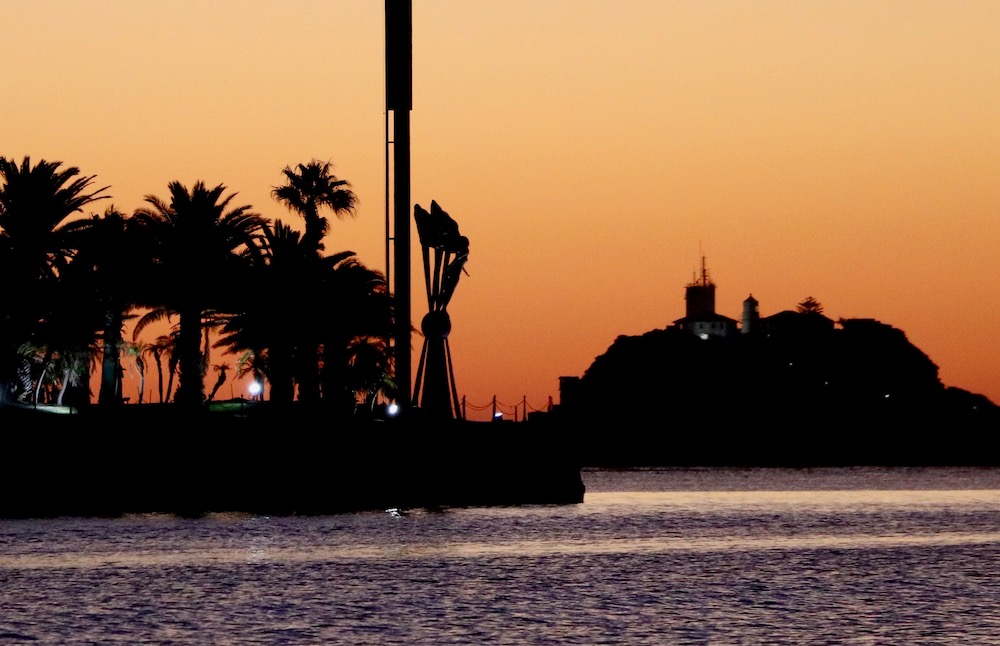 Newcastle Harbour is a hive of activity from ships to tugs, wrecks, rivers, kayakers, rowers, yachts and everything in between. Novocastrians love our harbour, and with its deepwater access we get to enjoy seeing ships arrive from all over the world. So, here are 10 reasons why we love Newcastle Harbour!

The Statue of Destiny was constructed to commemorate 200 years of commercial shipping in the Port of Newcastle by local artist Julie Squires. The nine-metre high sculpture incorporated over 30 individual pieces in its construction. The inspiration for the sculpture came from the figureheads positioned on the bows of early sailing ships.

Prior to the Stockton Bridge, there used to be a vehicular ferry that would transport people and their cars from Wharf Road in Newcastle to Stockton. In 1955 due to the increase in commuters, the Newcastle Harbour Crossing Committee was formed, and all options were evaluated, including an underwater tunnel. In 1968 construction on the Stockton Bridge commenced. It was successfully opened by the premier in 1971 and at 1024 metres long it was the second-longest bridge to be built in NSW after the Sydney Harbour Bridge at 1149 metres long.

The Hunter River has a lot of local history associated with it, there is both a north and south arm of the Hunter River, and it is used daily by ships entering and exiting the port. The Hunter River descends 1,397 metres over its 468 km from the high upper reaches, through the Hunter Valley, and out to sea. The local dredge (The David Allen) maintains a depth of 15.2 metres in the south arm of the hunter river, allowing for safe and deepwater access for ships to enter and exit.

Originally built in Scotland in 1863, the 42.2 metre, 275-tonne Kate Tatham shipwreck is now an iconic monument on the Stockton Foreshore. On November the 4th 1907 in the early hours of the morning, the Kate Tatham was scheduled to pick up coal when she suddenly capsized due to the conditions and insufficient ballast. The incident saw 10 crew members rescued with the assistance of local carpenters who had to cut a hole in the side of the sinking three-masted iron barquentine. Following this, the Kate Tatham was restored before finally running aground on the Stockton Foreshore in 1922 where her remains lie to this day.

Inside Newcastle Harbour lies Honeysuckle Foreshore, a major waterfront rejuvenation project. Honeysuckle is home to fantastic restaurants and bars most of which have a beautiful view over the harbour. While you are there you may be lucky enough to see some tug boat ballet.

Recently re-opened to the public on a Saturday and Sunday, Nobbys Lighthouse which was originally established in 1858 is the perfect place to explore, right in the heart of Newcastle. Not connected to the mainland until 1846, Nobbys Lighthouse (Nobbys head) is one of the most visited locations in Newcastle. Novocastrians love the lighthouse and photographers are often up early in the morning to capture the sunrise over Nobbys.

On the eastern end of Macquarie Pier in the shape of a horseshoe, namely, horseshoe beach is a much-loved dog beach on the inside of Newcastle Harbour. Protected from the ocean elements, Horseshoe Beach is also enjoyed by families as a kid-friendly swimming spot, as well as by local kayakers and surf-boat rowers.

Over the years, Newcastle Harbour has been recognised as a dangerous port to enter and was notorious for shipwrecks. Ships pilots now safely navigate ships into the Port of Newcastle as it is a compulsory pilotage port. The current pilot station located towards the port entrance (on the southern side of the harbour) has been active since 1866.

Nestled on the inside of Newcastle Harbour lies the Carrington Pumphouse. Built-in 1877, the purpose of the pumphouse was to run hydraulic cranes to load coal onto ships along the nearby waterfront stretch known as The Dyke. Early information on the building’s heritage describes it as the first of only two such powerhouses in Australia.

This blog post was first published by Visit Newcastle