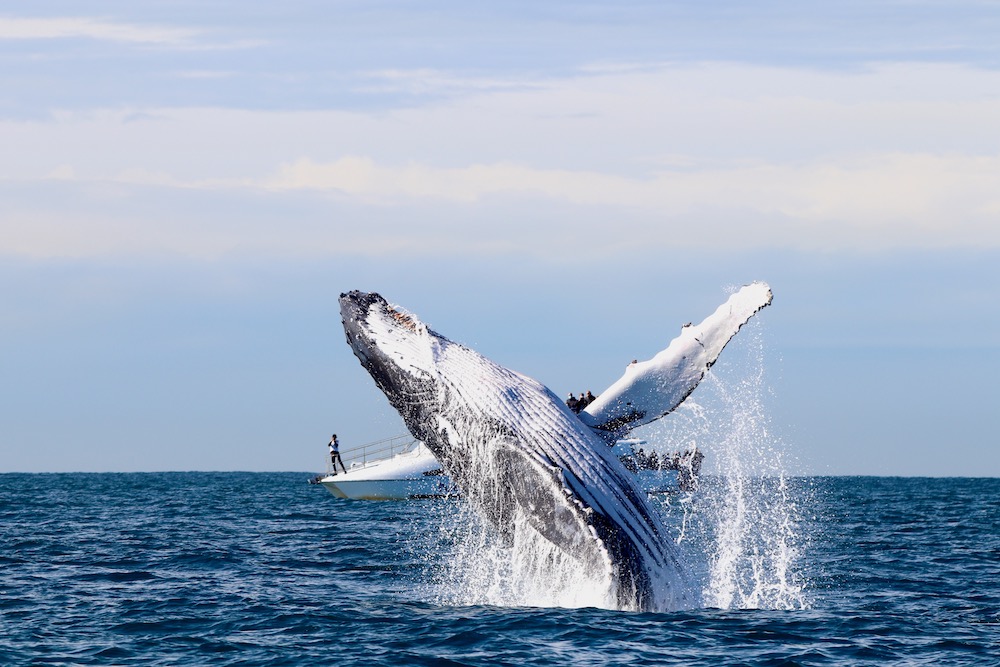 Undoubtedly, one of our favourite times of year is the whale season and what better way to experience it than joining us on a tour and whale watching in Newcastle. Each year, between the months of June and November, approximately 35,000 humpback whales make the mammoth 5000-kilometre migration north from the cool waters of Antarctica to the warm waters of Tropical North Queensland.

Out of all marine mammals, humpback whales are some of the most inquisitive. Humpback whales pass the Newcastle coastline in massive numbers during the months of June and July as they journey north. The migration is seen as a way for humpback whales to not only give birth to calves in warmer, safer waters, but it is also an opportunity to mate for next season’s calves as a humpback’s gestation period is between 11 and 12 months.

CoastXP’s Encounter Tour is an immersive experience, departing from Honeysuckle Foreshore, guests cruise the Newcastle coastline, as well as getting the opportunity to encounter whales, dolphins and seals. Over the years, at CoastXP we’ve had some incredible encounters with these marine giants, from them swimming directly underneath our boat, to mega breaches, tail slaps, spy hops, pectoral fin maneuvers, peduncle throws, just about everything a whale can do, we’ve seen it!

These massive marine mammals never cease to amaze us. Hence why we’ve shared 5 facts you didn’t know about Humpback Whales.

Impressive as these mammals can be, a fully grown humpback whale can weigh up to 50 tonnes! (that’s huge). This is why our whale watching practices have been designed in line with the Australian National Guidelines for Whale and Dolphin Watching 2017 and the Biodiversity Conservation Regulation 2017.

The season is not just about the whales though, in Newcastle, we’re lucky to receive regular visits from New Zealand Fur Seals, Common Dolphins, Bottlenose Dolphins as well as a wide range of sea birds.

ORRCA the Organisation for the Rescue and Research of Cetaceans in Australia are purely made up of volunteers, involved with marine mammal rescue, rehabilitation and release. They have a 24-hour Rescue Hotline where you can report all injured or distressed marine mammals on (02) 9415 3333. Each year they also have a whale census as well as training workshops!